This series of tutorials aims to teach some of the concepts used in medical Augmented Reality (AR) applications.

Augmented Reality (AR) is where additional information is used to augment the visual display of a scene. In medical terms, this normally occurs in two guises:

device such as a laparoscope or endoscope, which naturally displays on a monitor.

The overlaid information could come from pre-operative MR/CT data as shown above, or it could also be another live image modality. Take a look at this example from Xin Kang … Raj Shekhar and colleagues, from this article, where an ultrasound image is overlaid on the video. In this ultrasound example, the laparoscope and laparoscopic ultrasound are optically tracked.

In another example, Pratt et al. provide a pure vision based system:

Fig. 16.2 Pratt et al. provide a vision based overlay, where the video camera itself tracks the position of the ultrasound probe. See Pratt et al, 2015.¶

In the vision system, the video camera provides the means for sampling the real scene, working out the pose of the ultrasound probe relative to the video camera, and the AR overlay itself.

The most obvious example right now, is the Microsoft Hololens. See this example from ApoQlar, on the ApoQlar YouTube channel.

While we can’t develop such technology in a week, we can explore the general idea!

Ordinarily, MedICSS is located at UCL. The original BARD project requires a physical phantom such as the pelvis phantom in our lab at UCL. 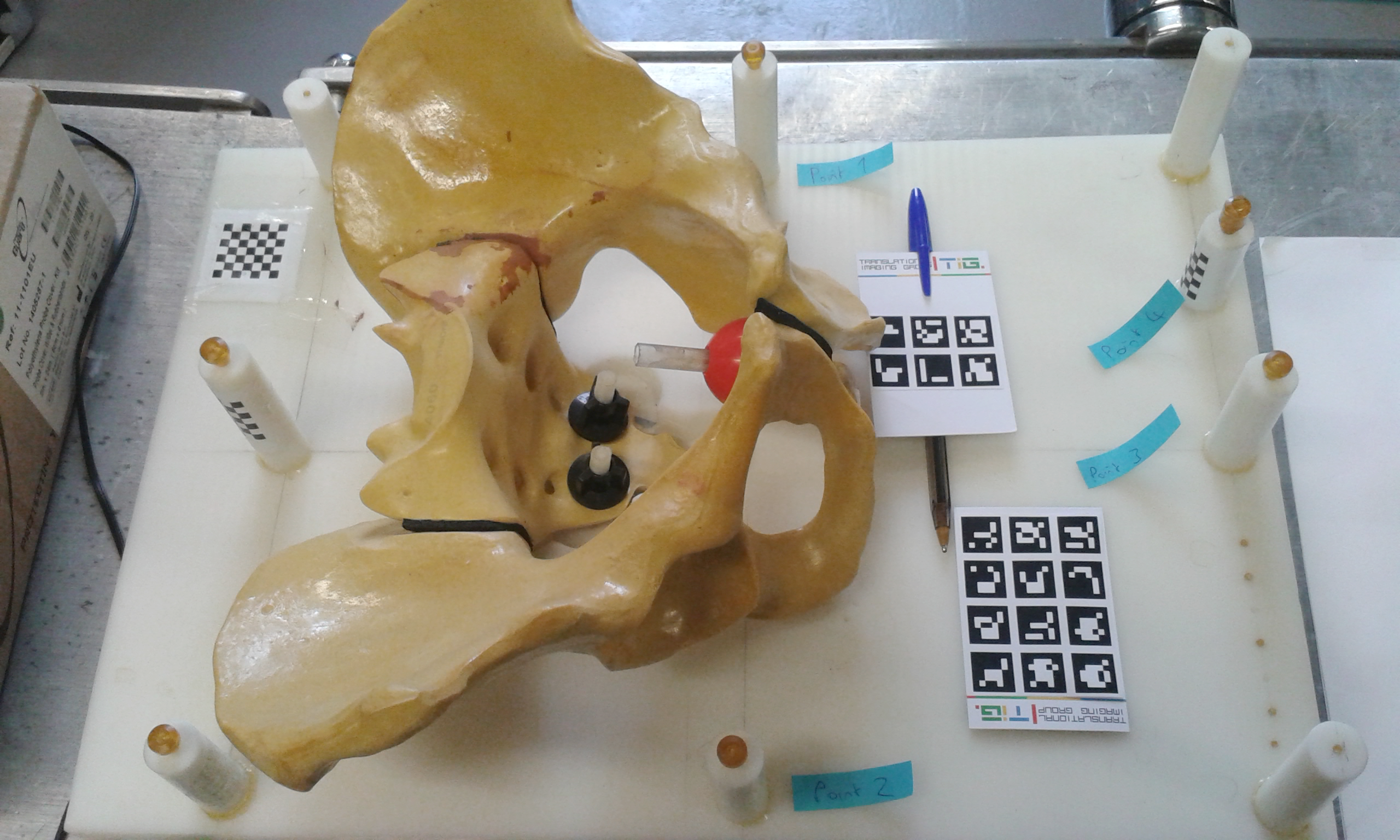 We also have a CT scan of the phantom. The general idea is to take a webcam, register the CT coordinates to a reference marker, track the marker with a webcam and overlay the CT scan on the live video. 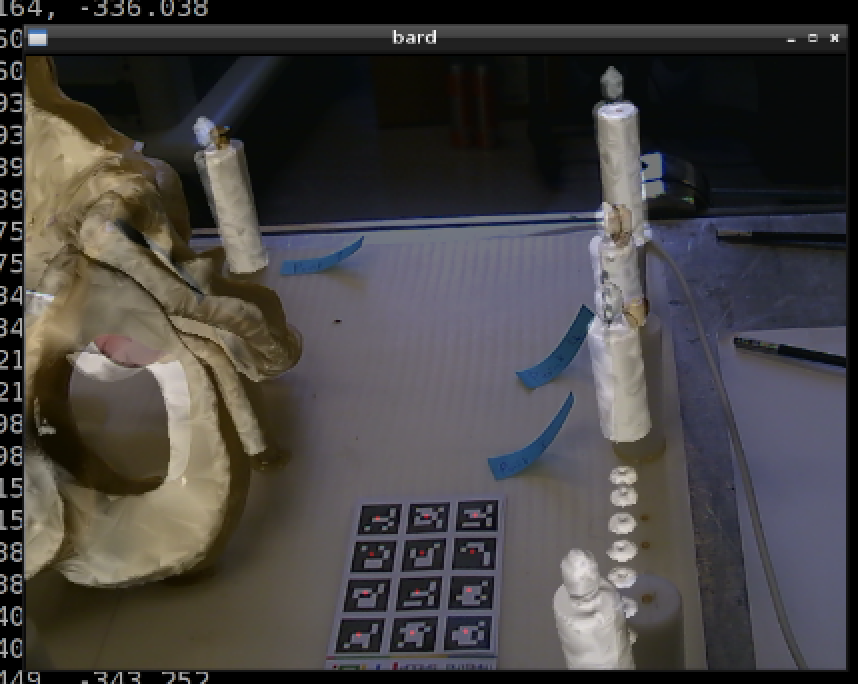 Fig. 16.4 The overlay of the CT scan of the phantom on the live webcam feed, achieved using BARD, taken from a previous summer school.¶

This demonstrates Augmented (adding the CT data), Reality (represented by webcam video) as an example of video see through AR.

However, in 2020, due to the pandemic, we developed a new series of tutorials with the aim of exploring each component of an AR system in turn.

As we can’t actually do an overlay onto a physical object, due to everyone being at home, the overlay tutorial focuses on implementing something similar to Pratt et al, 2015 where the video camera itself is doing the tracking.

Each tutorial should be fairly stand-alone, and suitable for completing at home, or for distance learning.